HomeWINNER OF THE ‘DIAPASON D’OR 2017’ AWARD 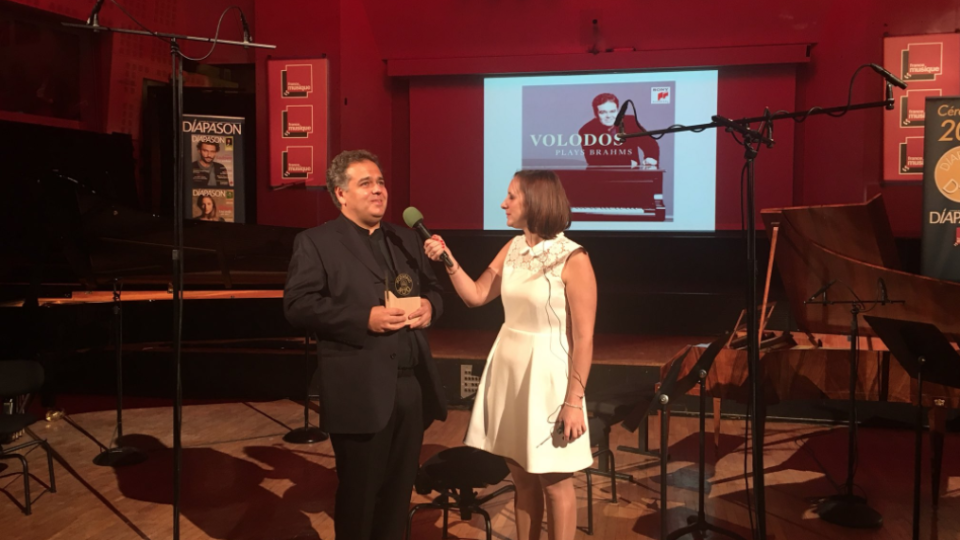 Arcadi Volodos has been awarded with the 'Diapason D'Or 2017' prize for the best piano album due to 'Volodos Plays Brahms' (Sony Classical), the acclaimed record he has released on April 7.

Volodos has received the award, one of the most prestigious at international level and presented by the french magazine 'Diapason', in the course of the official ceremony on November 22 at the Radio House in Paris.

The event, broadcasted live by France Musique, has recognized the excellence of 'Volodos Plays Brahms', ninth album in his career that includes thirteen works by Johannes Brahms and published four years after ‘Volodos Plays Mompou’.

The jury, composed by critics of 'Diapason' and producers of France Musique, have highlighted his artistic quality, outstanding in both media in the past months through reviews and interviews.